VISION MAVRIDAKIS > Blog > Products > Security > Can I reduce the risk of burglary my place with simple precautions and without much expense?

Can I reduce the risk of burglary my place with simple precautions and without much expense? 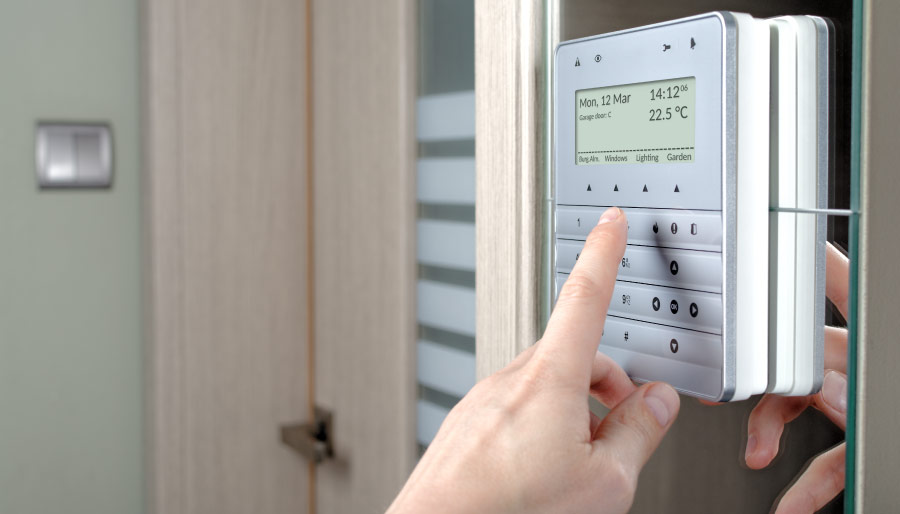 Most robberies are made by amateur robbers.
Statistics from police reports show that in 2 out of 10 burglaries, house breaking tools have not been used and robbers usually come in easy ways such as an open door or a window.

That is why windows must have locks that we should check they are locked when we leave or go to sleep.
Also in windows that are not escape routes, we can place safety rails.
Even small windows such as skylights or bathroom windows require locks and safety rails.
So the burglary’s work becomes more difficult, and it usually turns to houses where its work will be easier.

Doors and usually the main entrance is an easy target for burglars.
Many buy an armored door and do not lock it, because they have the belief that they can not be targeted.
Also due to aesthetics there is the phenomenon of frequent use of glass in some of the main entrances, which is easy to break.
Make sure that the doors and frames are made of strong materials and are in good condition.

Another way of violating, which many people ignore, is the keys. More specifically, it is commonplace to use a spare key hiding it outside, thinking that we are the only who know it. But there is a great chance that the prospective burglar knows it too.
It has been recorded phenomenon, that some thieves use a magnet on a stick to steal keys left near a door or a window.
Never leave the keys of your home or your car near a door or window or outdoors.
So you need to find a safe place for your spare keys and always use it, so you can find them in case of need.
If you are new residents your first concern should be to change the locks that exist in the space you rented.

In addition, you can install a doorphone or video door entry system on common or non-standard inputs.
In this way we can avoid a possible burglary invasion as it is known that burglars try to cheat in any way their candidate victim (they appear to be from the water service, gas, electric undertaking or sellers of various goods, even members of philanthropic organizations.
They can still ask for help like a glass of water or wash their hands.

Also a well-lit outdoor area it helps to prevent the invasion of the aspiring bandit.
Do not forget if you need to be away for a long time to make sure your home looks habitable in order to avoid a possible violation. If you can, ask a friend or neighbor to take care of your home during your absence. It is important to note that you should not change your voicemail message.
If you need to leave for a last-minute emergency, do not leave any note on the front door. Many times a small note is a big sign that you are not at home and a thief can see it.
Another way to prevent invaders at the back and sides of your home is to install a strong fence. A good solution is a fence along the boundary of your property, which acts as a deterrent to the thieves.
Garages and sheds are often targeted because of the tools that make it easier to break the house. For this reason, never leave a garage or shed to become an easy target for burglars.

Many burglars avoid a property with an alarm.
There are many alarm systems in the market. These range from quite cheap systems, which you can install by yourself, to more complex systems which are more expensive and must be installed by professionals.
Alarm systems are particularly important not only for isolated homes but also for every home in a city or a block of flats, since it is a way that drastically prevents the burglaries as a whole.Burglars rarely violate homes that are protected by alarm systems as they are concerned about the possible appearance of the police as soon as the alarm sounds.
Most burglaries happen during the day and then most people are less likely to arm their security system. Even if it’s going to be for a few minutes, take the habit of activating your security system and encourage other members of your family to do the same. This way you leave the home safe.
With the right mindset, you can guarantee the security of your homes, offices, or stores and by extension your mental rest, while you are absent from your home for any reason.

How may we help you?

Contact us and our engineers will serve you directly and responsibly.